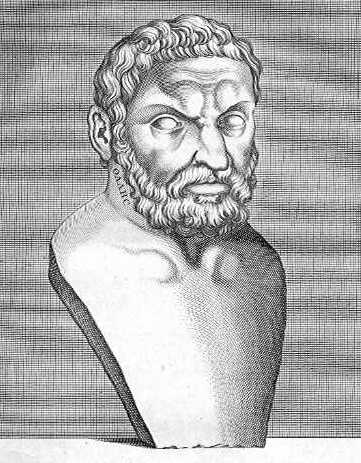 Thales of Miletus: (c. 624 BC – c. 546 BC) Thales is the first well-known philosopher and mathematician. His advice, “Know thyself,” was engraved on the front façade of the Oracle of Apollo in Delphi.

Thales of Miletus (play /ˈθeɪliːz/; Greek: Θαλῆς, Thalēs; c. 624 BC – c. 546 BC) was a pre-Socratic Greek philosopher from Miletus in Asia Minor, and one of the Seven Sages of Greece. Many, most notably Aristotle, regard him as the first philosopher in the Greek tradition. According to Bertrand Russell, “Western philosophy begins with Thales.” Thales attempted to explain natural phenomena without reference to mythology and was tremendously influential in this respect. Almost all of the other pre-Socratic philosophers follow him in attempting to provide an explanation of ultimate substance, change, and the existence of the world—without reference to mythology. Those philosophers were also influential, and eventually Thales’ rejection of mythological explanations became an essential idea for the scientific revolution. He was also the first to define general principles and set forth hypotheses, and as a result has been dubbed the “Father of Science”, though it is argued that Democritus is actually more deserving of this title.

In mathematics, Thales used geometry to solve problems such as calculating the height of pyramids and the distance of ships from the shore. He is credited with the first use of deductive reasoning applied to geometry, by deriving four corollaries to Thales’ Theorem. As a result, he has been hailed as the first true mathematician and is the first known individual to whom a mathematical discovery has been attributed. Also, Thales was the first person known to have studied electricity. 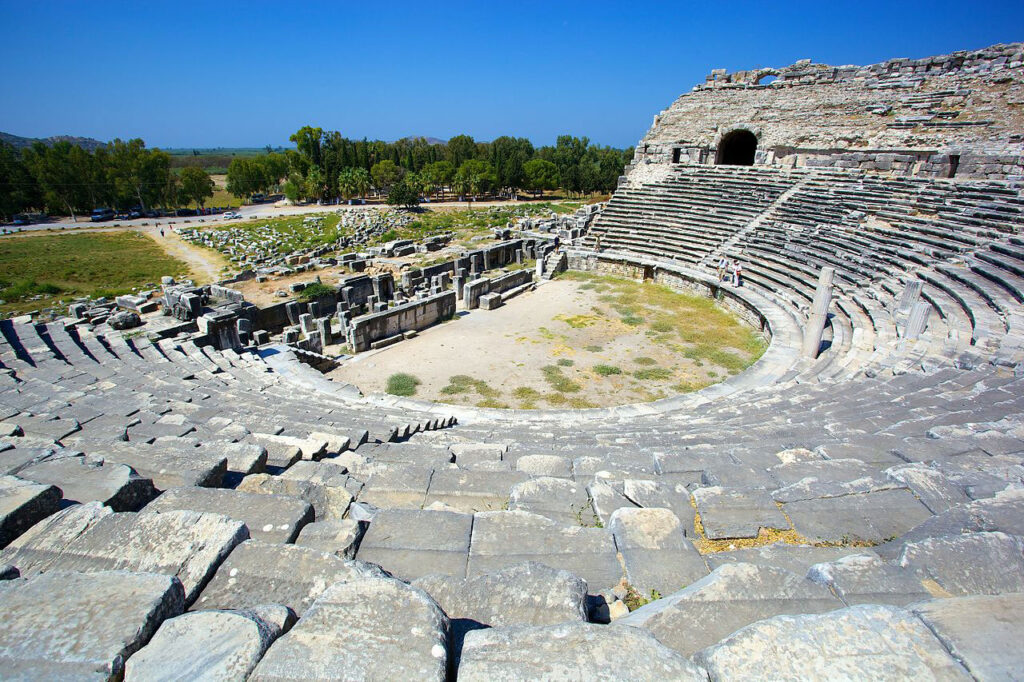 Miletus was one of the great Ionian cities in southwestern Asia Minor. Homer refers to the people of Miletus as Carians. They fought against the Achaeans (Greeks) in the Trojan War. Later traditions have Ionian settlers taking the land from the Carians. Miletus itself sent off settlers to the Black Sea area, as well as the Hellespont.

In 499 B.C., Miletus led the Ionian revolt that was a contributing factor in the Persian Wars. Miletus was destroyed 5 years later. Then in 479, Miletus joined the Delian League, and in 412 Miletus revolted from Athenian control offering a naval base to the Spartans. Alexander the Great conquered Miletus in 334 B.C.; then in 129, Miletus became part of the Roman province of Asia. In the 3rd Century A.D., Goths attacked Miletus, but the city continued, waging an ongoing fight against the silting of its harbor.